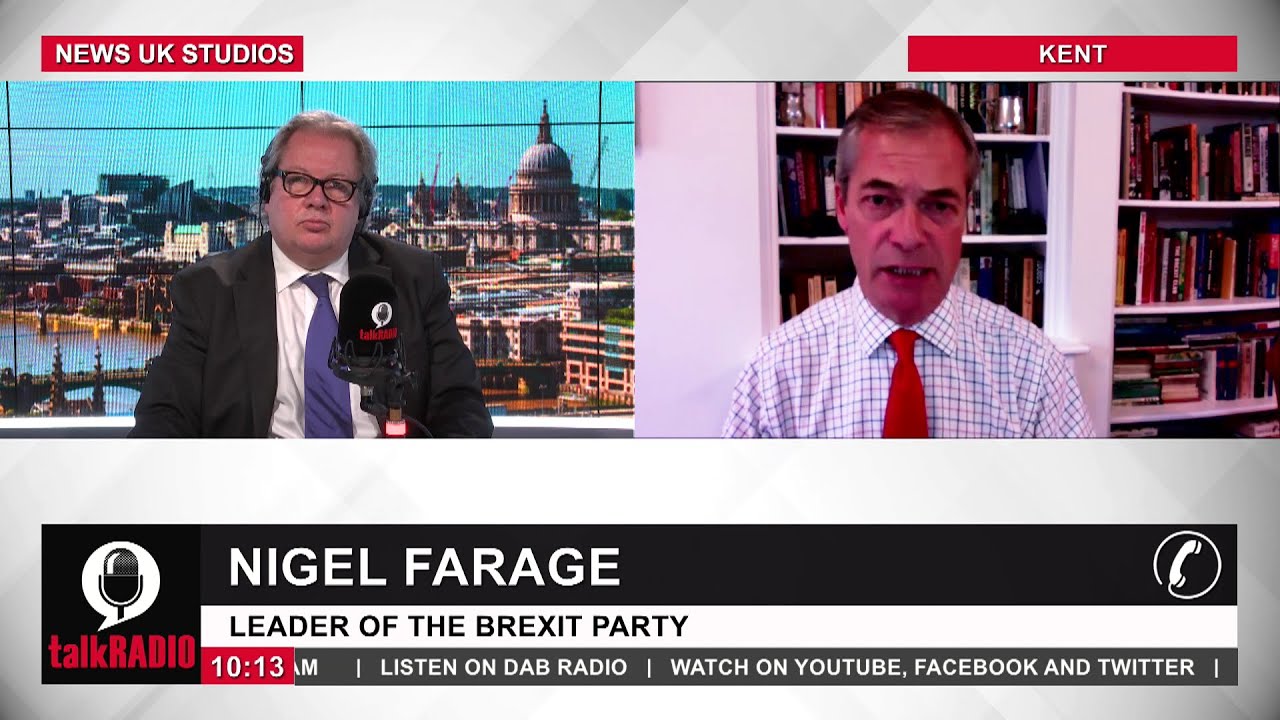 Nigel Farage: 'Boris Johnson is close to selling-out on Brexit'

Nigel Farage has said he has a “terrible sinking feeling that Boris Johnson is close to selling out on Brexit.

Speaking to talkRADIO’s Mike Graham the Brexit Party leader said he was feeling pessimistic after it was revealed the Prime Minister’s advisor Dominic Cummings would leave Downing Street next month.

“Without the influence of Cummings on this crucial phase in Brexit it is going to be Carrie Symonds, Allegra Stratton and Michael Gove who are going to be listening to him,” he said.

It comes as Michel Barnier has said the European Union remains “determined” and “patient” in its bid to strike a post-Brexit trade deal with the UK as crunch talks resumed in Brussels.

The EU’s chief negotiator and his British counterpart Lord David Frost are continuing negotiations with just over six weeks to go until the end of the transition period.

0 0 0 0
Previous : Julia Hartley Brewer | 16-Nov-20
Next : Peter Hitchens: Huge numbers of people in media pretending to be impartial and objective