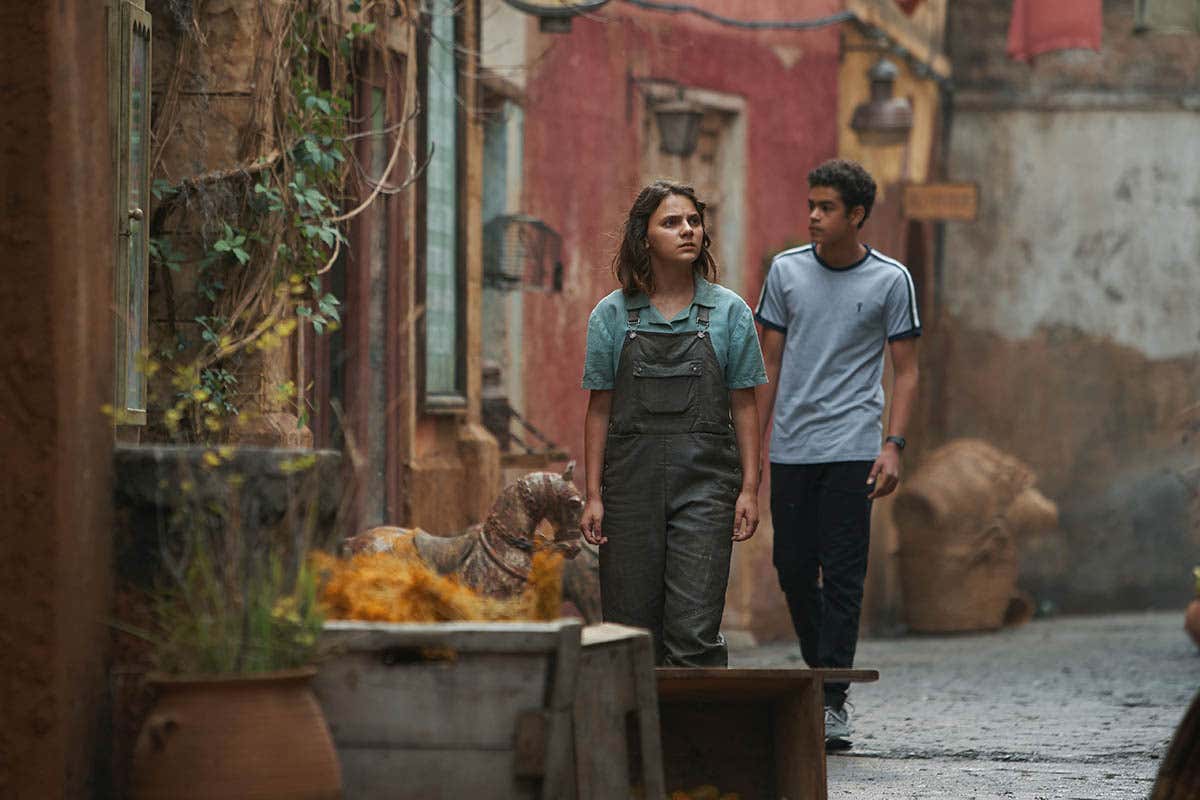 Season two of His Dark Materials begins exactly where we left off in series one, with Lyra and her daemon Pan washed up in a strange new world. Here, in what appears to be an abandoned city, she will soon meet another young hero, Will. Until now, he has been following his own storyline in a different version of reality to Lyra’s. From now on, it seems, they will fight the good fight against the forces of darkness together.

Everything about the BBC’s rendering of Philip Pullman’s series of novels is gorgeously done and super high-end. The title sequence – the music, the art – is spine-chillingly excellent and the visuals and effects throughout the show are movie-good.

Not only is the writing tight, the cast is also exceptional. The young leads Lyra (Dafne Keen) and Will (Amir Wilson) do a fantastic job of holding the centre of the story. Lord Asriel (James McAvoy), Lyra’s father, is out for this season, but instead we get Will’s father, played by Andrew Scott, aka the priest from Fleabag. Phoebe Waller-Bridge voices his daemon, in a neat little easter egg for Fleabag fans.


I watched the first series of His Dark Materials with children, and when I came to watch season 2, alone, I wondered whether I would enjoy it as much without it falling under the welcome umbrella of delightful viewing for the whole family, of which, for us, there is never enough.

In any event, there was no reason to worry. The leads are children, but there is enough going on for any adult – plus, of course, there is Mrs Coulter (Ruth Wilson). For the first five episodes of this season, at least, Mrs Coulter dominates. Dressed as some sort of 1940s femme fatale, she is terrifying, and yet heartbreakingly human.

Every time she enters a room, one beautifully shod foot at a time, it is Drama. For reasons that cannot now be fathomed, I have never read the books on which the show is based, so I am fascinated to find out more about Mrs Coulter, especially her relationship with her monkey daemon. It fights and frightens on her behalf, and yet can be separated from her, which goes against daemon lore. Is that by her dreadful will alone, or are they not really a human and daemon pairing at all?

A further joy of this latest season comes with a new character, Mary Malone, played by Simone Kirby. Malone lives in Oxford in Will’s world, which is basically our version of it, and she studies dark matter – or, as Lyra knows it, Dust.

She seems to have spent her career ploughing a fairly lonely furrow in the pursuit of the secrets of our cosmos. Now, suddenly, she is someone at the heart of an adventure story that spans worlds. Through her, we get a glimpse of the “science” behind the strange goings-on in this multiverse-set epic.

In these dog days of a long year, thank you to Mr Pullman – and, of course, the gods of the golden age of television – for this delicious, rather festive-feeling treat.

0 0 0 0
Previous : 'Netflix will want the depths of Prince Harry's and Meghan Markle's despair'
Next : Repeated radio bursts from nearby star suggest such signals are common