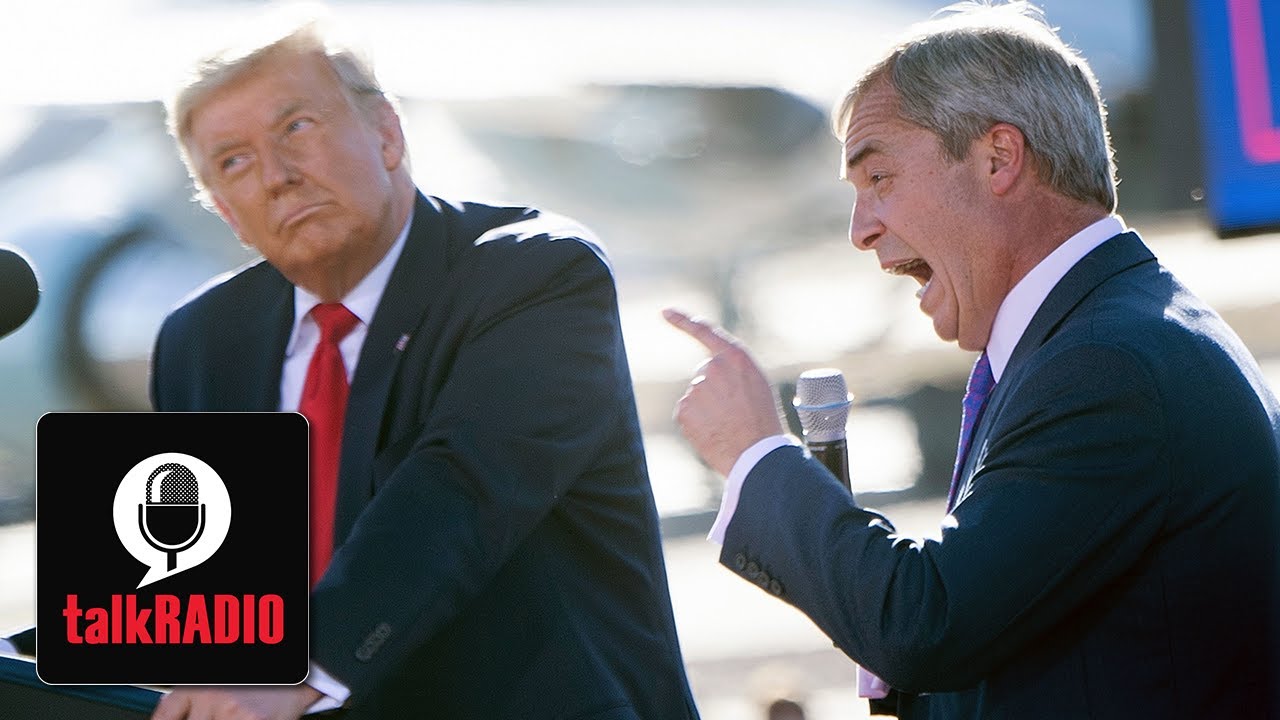 Nigel Farage has continued his support of President Trump ahead of the US election.

Speaking to Mike Graham on talkRADIO, the Brexit Party leader said that Donald Trump “is not just the President of the United States. He is a human dynamo.”

Mr Farage is in Pennsylvania, US, ahead of another Trump rally, and says that despite the weather conditions he expects “tens of thousands of people” to attend.

“They love him. He’s got energy. He is just the greatest showman you have ever seen.”

Nigel Farage also spoke to Mike about the rebranding of the Brexit Party to Reform UK: “One of the slogans we campaigned on was change politics for good. That doesn’t mean just Brexit.”