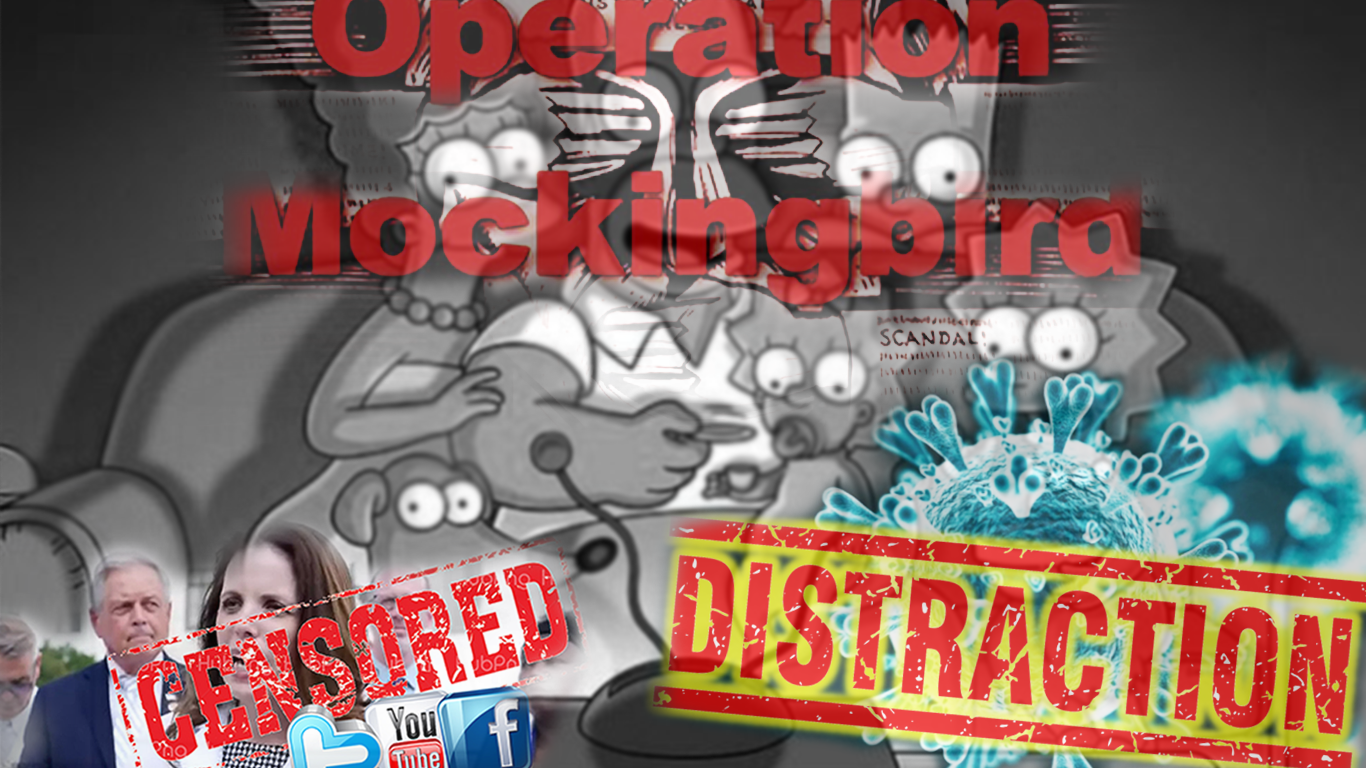 In the early years of the Cold War, efforts were made by the governments of the Soviet Union and the United States to use media companies to influence public opinion internationally. Reporter Deborah Davis claimed in her 1979 biography of Katharine Graham, owner of The Washington Post, (Katharine the Great), that the CIA ran an “Operation Mockingbird” during this time.[2] Davis claimed that the International Organization of Journalists was created as a Communist front organization and “received money from Moscow and controlled reporters on every major newspaper in Europe, disseminating stories that promoted the Communist cause.”[3] Davis claimed that Frank Wisner, director of the Office of Policy Coordination (a covert operations unit created in 1948 by the United States National Security Council) had created Operation Mockingbird in response to the International Organization of Journalists, recruiting Phil Graham from The Washington Post to run the project within the industry. According to Davis, “By the early 1950s, Wisner ‘owned’ respected members of The New York Times, Newsweek, CBS and other communications vehicles.”[4] Davis claimed that after Cord Meyer joined the CIA in 1951, he became Operation Mockingbird’s “principal operative.”[5]

In a 1977 Rolling Stone magazine article, “The CIA and the Media,” reporter Carl Bernstein wrote that by 1953, CIA Director Allen Dulles oversaw the media network, which had major influence over 25 newspapers and wire agencies.[6] Its usual modus operandi was to place reports, developed from CIA-provided intelligence, with cooperating or unwitting reporters. Those reports would be repeated or cited by the recipient reporters and would then, in turn, be cited throughout the media wire services. These networks were run by people with well-known liberal but pro-American-big-business and anti-Soviet views, such as William S. Paley (CBS), Henry Luce (Time and Life), Arthur Hays Sulzberger (The New York Times), Alfred Friendly (managing editor of The Washington Post), Jerry O’Leary (The Washington Star), Hal Hendrix (Miami News), Barry Bingham, Sr. (Louisville Courier-Journal), James S. Copley (Copley News Services) and Joseph Harrison (The Christian Science Monitor).[6]

After the Watergate scandal in 1972–1974, the U.S. Congress became concerned over possible presidential abuse of the CIA. This concern reached its height when reporter Seymour Hersh published an exposé of CIA domestic surveillance in 1975.[7] Congress authorized a series of Congressional investigations into Agency activities from 1975 to 1976. A wide range of CIA operations were examined in these investigations, including CIA ties with journalists and numerous private voluntary organizations. None of the resulting reports, however, refer to an Operation Mockingbird.

The most extensive discussion of CIA relations with news media from these investigations is in the Church Committee‘s final report, published in April 1976. The report covered CIA ties with both foreign and domestic news media.

For foreign news media, the report concluded that:

The CIA currently maintains a network of several hundred foreign individuals around the world who provide intelligence for the CIA and at times attempt to influence opinion through the use of covert propaganda. These individuals provide the CIA with direct access to a large number of newspapers and periodicals, scores of press services and news agencies, radio and television stations, commercial book publishers, and other foreign media outlets.[8]

For domestic media, the report states:

Prior to the release of the Church report, the CIA had already begun restricting its use of journalists. According to the report, former CIA director William Colby informed the committee that in 1973 he had issued instructions that “As a general policy, the Agency will not make any clandestine use of staff employees of U.S. publications which have a substantial impact or influence on public opinion.”[9]

In February 1976, Director George H. W. Bush announced an even more restrictive policy: “effective immediately, CIA will not enter into any paid or contractual relationship with any full-time or part-time news correspondent accredited by any U.S. news service, newspaper, periodical, radio or television network or station.[10]

By the time the Church Committee Report was completed, all CIA contacts with accredited journalists had been dropped. The Committee noted, however, that “accredited correspondent” meant the ban was limited to individuals “formally authorized by contract or issuance of press credentials to represent themselves as correspondents” and that non-contract workers who did not receive press credentials, such as stringers or freelancers, were not included.