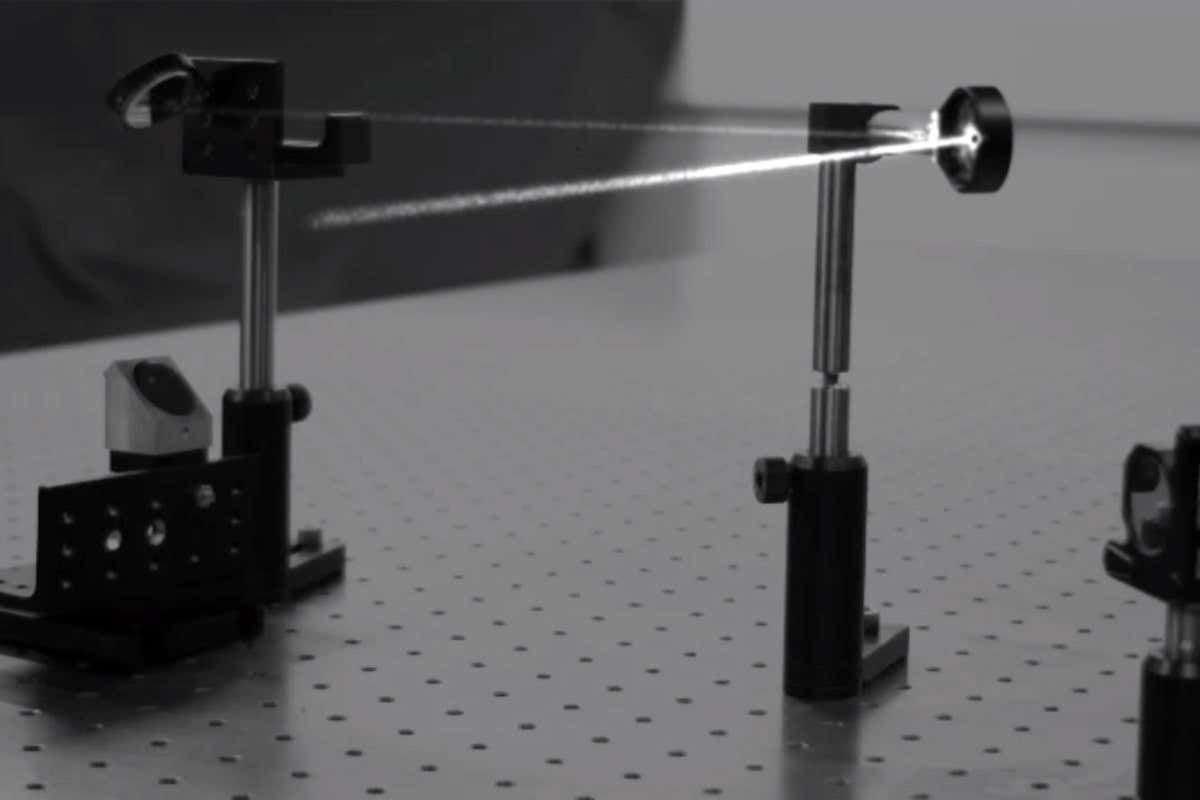 An ultra-fast camera has captured a video of light as it bounces between mirrors.

Although light isn’t normally visible in flight, some photons from a laser pulse will scatter off particles in the air and can be picked up by a camera. Using these photons to recreate the pulse’s trajectory is difficult, because by the time they reach the camera, the pulse has moved to a new location.


Edoardo Charbon at the Swiss Federal Institute of Technology in Lausanne and his colleagues used a camera with a shutter speed of about a trillionth of a second to take pictures and video of a laser beam following a 3D path.

Knowing exactly how long the pulse took to get to the camera, along with the pulse’s trajectory in a flat plane, allowed a machine learning algorithm to reconstruct the entire 3D path of the burst of light.

This could be useful in chemistry, says Marty Baylor at Carleton College in Minnesota. “You could watch light interacting with a molecule in real time”, giving a more detailed understanding of certain chemical reactions, she says.

A similar method could also be used to see around obstacles, says Charbon. If you bounced a laser pulse off a wall, then off an obscured object around a corner and back off the wall again before capturing it, the algorithm could potentially reconstruct an image.

0 0 0 0
Previous : Fabiola Gianotti on why science at CERN has no borders
Next : Lady Colin Campbell: Meghan Markle is greedy, needy and demanding