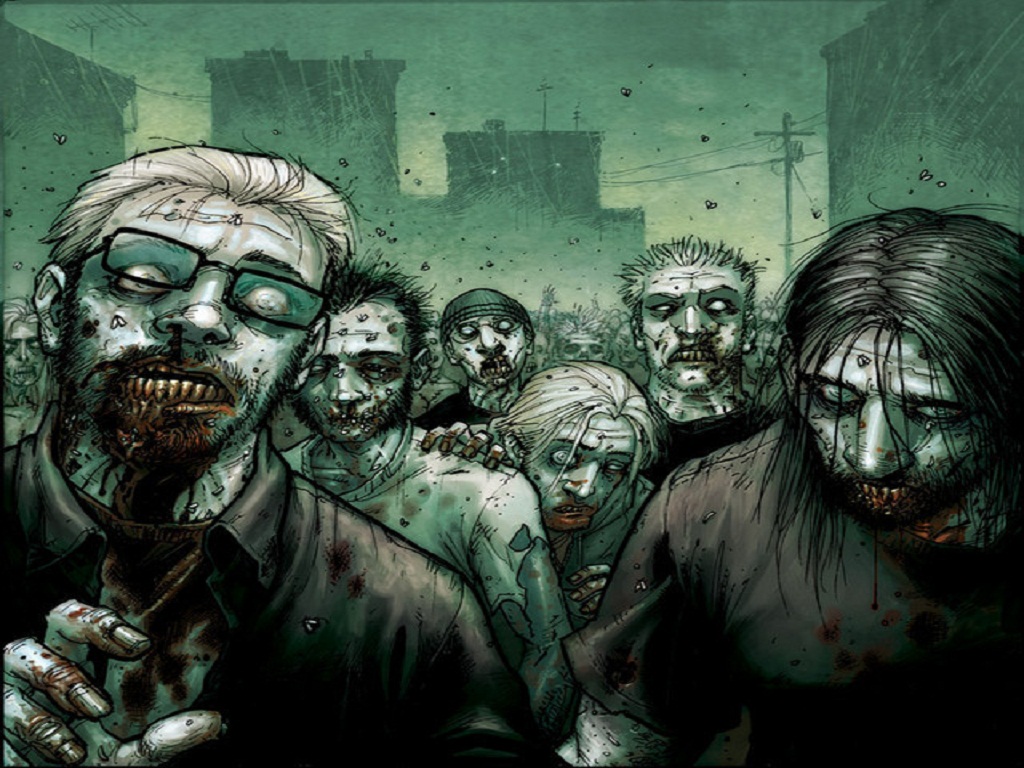 Stranger Than Fiction – Why Zombies are Our Future

From its humble folkloric beginnings to the release George Romero’s classic Night of the Living Dead in 1968, today’s current Walking Dead craze has taken zombie culture in America to new heights. And now that Halloween has arrived, our taste for adventures involving hordes of the undead has doubled. Whether you’re searching for candy treats or goodies of a fleshier variety, it’s the ideal time of year to dig a little deeper into the zombie phenomenon as it continues to fill up our film screens, televisions, and literature.

The zombie myth is timeless, with references to the dead rising up again found throughout the histories of various cultures. However, the actual term “zombie” has more specific roots in Haitian Creole traditions and African religious customs, where the zombies were simply mindless slaves rather than the insatiable, flesh-eating monsters they would become in the hands of American pop culture creators.

Regardless of origin, there’s no denying the zombie has come into its own in the last few decades, serving as a metaphor for everything from the danger of mindless consumerism to economic disasters and epidemics on an international scale. And while zombies still operate effectively as metaphors for large scale disasters, global, environmental, and otherwise, there’s are also more immediate messages in shows like The Walking Dead. As we as a society find ourselves relying more and more on automation and less and less on our own intellect, we’re in danger of becoming just as mindless as the monsters we fear.

We’re increasingly producing devices and systems designed to make our lives easier and safer, but at what cost? Automated home security systems that are designed to do our thinking for us in case of a threat to our family members or property are a prime example of the double-edged sword . By allowing an “intelligent” machine system to do the thinking, we decrease the possibility that we’d be able to respond appropriately to a threat should the system no longer operate.

The risk is also inherent in other types of so-called advanced technology, such as increasingly automated features on the vehicles we drive and labor saving machines replacing the humans in our factories. By allowing the machines to think for us, we run the risk of decreasing our own capacity for innovation and creative thinking and thus our ability to operate without technology. We’re in danger of becoming slaves to the technologies that were intended to serve us instead.

On some subtle level, we seem to be aware of and fear the dangers of our overreliance on automation, as witnessed by the popularity of television shows like The Walking Dead, a show supposedly about zombies but that focuses instead on the survivors of the global apocalypse rather than the cause of it. The main characters, although always in danger, nonetheless present a message that the more willing they are to adapt to a world without the technologies and creature comforts they no doubt relied on prior to the world disaster, the more likely they are to be able to survive the new reality. And it’s no accident that the ones most able to survive from the beginning are the Daryl Dixons and Glenn Rhees of the show, those willing to think creatively and who had lived life prior to the apocalypse without an over-reliance on technology.

While the newest zombie-based show on the scene has only aired its first six-episode season thus far, there’s likely an even stronger possibility of exploring the characteristics required to survive a global loss of technology that accompanies a zombie apocalypse. Fear the Walking Dead is set in the same universe as the original The Walking Dead but with a backed-up timeline meant to show the first days of the epidemic. So, while technology had begun to fail by the end of the first season, characters were not yet completely cut off.

There’s no doubt that advances in technology have numerous benefits for mankind, but when the technology is capable of more advanced thinking than we ourselves are, the dangers may just outweigh some of the benefits. If we want to avoid becoming mindless zombie slaves to technology, we have to be able to do our own thinking.