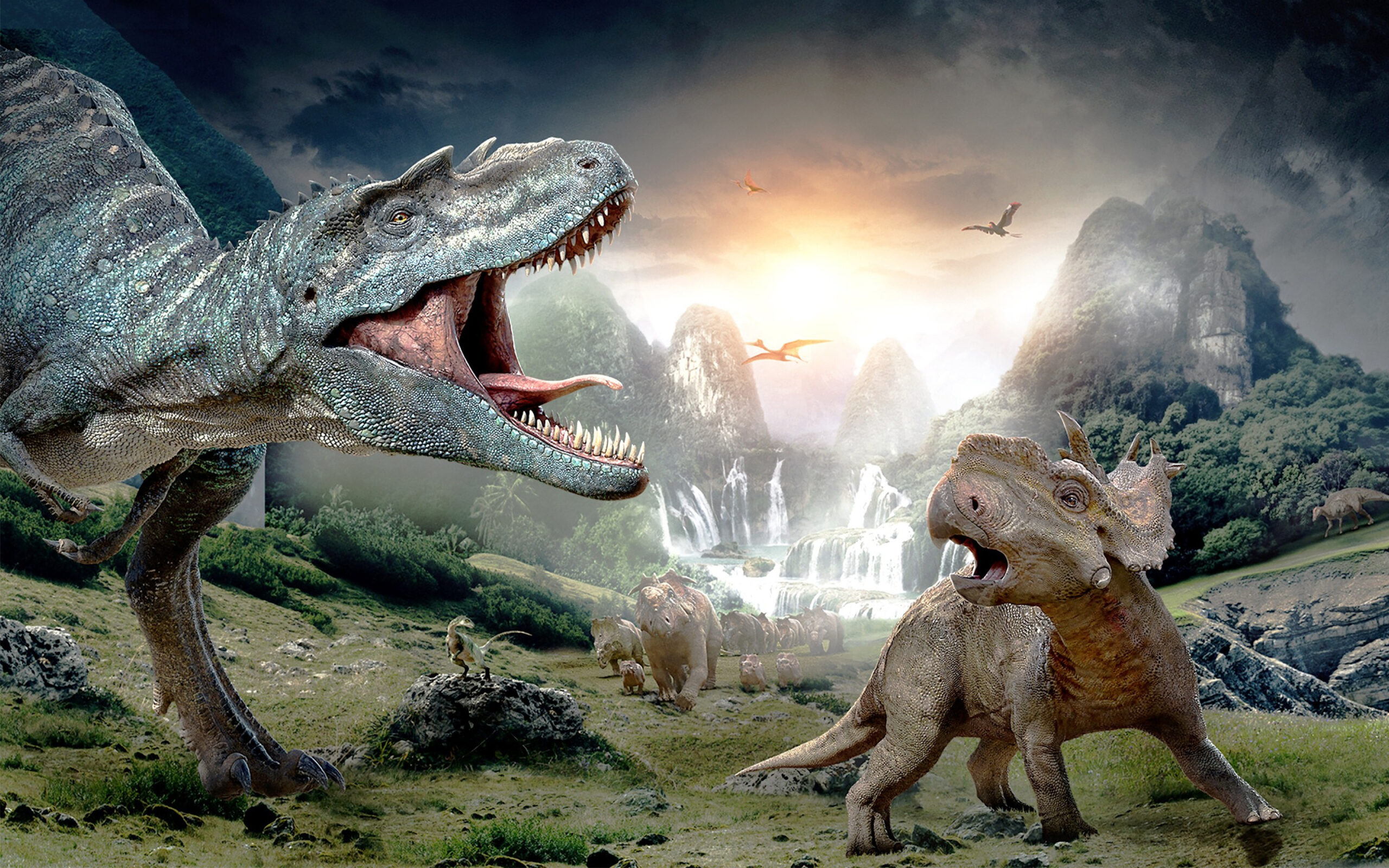 Do the Dinosaurs Still Walk Among Us?

Dinosaurs are probably the best-known group of prehistoric animals, and were the dominant form of life during the Mesozoic Era or “The Age of Reptiles.” The Mesozoic Era ended 65 million years ago after an asteroid struck the Earth. Officially, the only dinosaurs that survived that cataclysm were the birds. There are those, however, that maintain the fact that certain species of these large, scaly beasts are still alive, albeit hidden in the jungles of Africa or deep beneath the sea. Our only hope to interact with these animals may be to restore them to their former glory via cloning, a la Jurassic Park. But how close are we to actually making this a reality? Read on…

For centuries, there have been rumors of creatures resembling non-avian dinosaurs still roaming the planet. The Loch Ness Monster is probably the most famous of these “cryptids” or hidden animal species. The Mokele-Mbembe, which is said to roam the Congo basin in Africa, is often described as resembling a sauropod like Apatosaurus. It is supposedly around 35 feet long, which begs the question of how it has managed to stay hidden so well for so long. However, in Texas and parts of South America as well, reports also abound of Pterosaur-like creatures near shorelines and roadways. Could there still be species of giant reptiles walking among us?

The fact is, new species of large animal are not found with frequent regularity. Most of the “latest” additions to the animal kingdom are very small — like insects or frogs. Occasionally, though, scientists find something that truly takes them aback. Several new primate species, for instance, have been found since the turn of the century. Scientists have also discovered certain “cryptic species” like the Carolina hammerhead shark, which was discovered in 2013 and looks more or less identical to the scalloped hammerhead. It has ten fewer vertebrae, however, and is genetically different from its more common counterpart.

Unfortunately, despite what Jurassic Park may have us thinking, scientists will likely never be able to clone a dinosaur if they cannot find a “real” one. Beth Shapiro, an evolutionary biologist and author of the book, How to Clone a Mammoth, believes it simply isn’t possible. Once a species is extinct, there are no living cells left from that species. Even if you have a well-preserved carcass to work with, there is still going to be damage to both the tissues and the DNA. Shapiro therefore doubts attempts to resurrect extinct animals will ever be successful.

Paleontologist Jack Horner on the other hand, disagrees and believes it might be possible to recreate dinosaurs by using their nearest living relatives, the birds. Scientists have already been able to engineer birds with teeth and dinosaur-like mouths, so it should technically be possible to engineer birds that increasingly resemble dinosaurs. Other scientists are trying to create new animals with the attributes of prehistoric relatives. George Church is trying to create a hardier Asian elephant that has some of the features of the wooly mammoth. Hypothetically, this animal would be able to survive in a greater range of habitats than current Asian elephants – which are at risk due to rapidly warming climates.

A Russian geophysicist, Sergey Zimov, owns Pleistocene Park, a nature reserve where he has been studying the impact of large herbivores like horses and bison on the ecosystem. He believes that mammoths helped sustain Siberian grasslands, improving the soil and keeping erosion at bay. Taking his word, the extinction of the mammoth affected the environment more than the changing climate did. Hypothetically, modern cold-tolerant elephants like Church’s could help stabilize the permafrost in Siberia, which is now rapidly melting.

If scientists can clone facsimiles of extinct animals, they should be able to do the same thing with endangered species and thus preserve them. This could work, for we already know what certain species need. Anyone effectively trying to bring back a living thing – be it a dinosaur, a mammoth, or a plant – will have to consider its needs and habits. An organization called the Archangel Ancient Tree Archive is already cloning giant trees like redwoods and planting them in various countries, for huge trees can absorb vast amounts of carbon dioxide. Additionally, Canadian power company Enmax has been developing genetically engineered algae to clean up oil spills and prevent any further damage to our environment.

Current techniques for cloning animals, however, are inefficient. For every 1000 attempts, only 1 to 30 are successful. Surviving cloned animals are often born with abnormally large organs that impair their health. Scientists therefore need to refine and improve cloning methods to produce healthier living specimens, as well as find out more fully how the genome works to create certain aspects of anatomy. So while the premise of Jurassic Park will likely remain science fiction forever, there is hope that we may utilize similar science to save our own species before it’s too late.