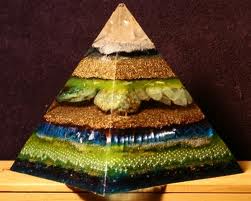 Orgone energy is a hypothetical universal life force originally proposed in the 1930s by Wilhelm Reich. In its final conception, developed by Reich’s student Charles Kelly after Reich’s death, Orgone was conceived as the anti-entropic principle of the universe, a creative substratum in all of nature comparable to Mesmer’s animal magnetism, the Odic force of Carl Reichenbach and Henri Bergson’s élan vital. Orgone was seen as a massless, omnipresent substance, similar to luminiferous aether, but more closely associated with living energy than inert matter. It could coalesce to create organization on all scales, from the smallest microscopic units—called bions in orgone theory—to macroscopic structures like organisms, clouds, or even galaxies. Orgone energy is widely dismissed as pseudoscience.