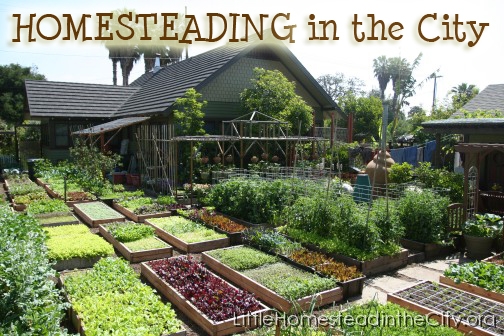 Self-sufficiency has gone mainstream, which means that more and more people, including many urban dwellers, are looking for easy and effective ways to produce food and care for their families without having to rely on the system for sustenance. Since knowing where to start with all this is half the battle, here are some amazing homesteading ideas to get you and your family on track to becoming more autonomous in an increasingly centralized and unstable world:

It might seem daunting at first, but raising fish and using their waste to grow food crops without soil, a process more popularly known as aquaponics, can actually be quite simple. Raising fish in small water tanks generates ammonia-containing waste, which can then be converted into nitrite for fixation in growing soils. Nitrite is then converted into both nitrobacter and nitrospira, two substances that are crucial for maintaining the necessary nitrogen cycle, which promotes plant growth.

“Fish excrete ammonia in their wastes and through their gills,” explains aquaponics expert Rebecca Nelson in a piece for the Aquaponics Journal, which explains how to build your aquaponics system at home. “Nitrifying bacteria, which naturally live in the soil, water and air, convert ammonia first to nitrite and then to nitrate… [which] is used by plants to grow and flourish.”

Since pre-built aquaponics systems can cost thousands of dollars, building your own may be the preferable option. Nelson’s article explains how to build a simple aquaponics system for around $100 that, depending on its size, can stow away nicely in a space as small as the floor of a closet:http://aquaponics.com.

In many ways, owning chickens is a lot like owning a dog, except chickens do not need to be walked and aren’t really interested in playing fetch. And what they lack in terms of love and companionship, they easily make up for with their eggs, the unique, golden yolks of which are unmatched by the commercial imitators sold at your local supermarket.

Contrary to popular belief, chickens require a surprisingly small amount of space to roam — although the more you have, the better! Studies show that chickens raised on pasture or backyard grass, where they are free to roam and peck at worms and insects, produce eggs that are more nutritious, higher in beneficial omega-3 fatty acids and tastier than eggs from chickens raised on factory farms.

“They’re omnivores and will eat just about anything that comes out of the kitchen, including meat,” says Andrew Malone of Funky Chicken Farm in Melbourne, Florida, as quoted by the Green American.

Websites like BackyardChickens.com offer ready-made coops and all sorts of other resources to get you started on your journey to obtaining fresh eggs daily from your own backyard. Or if you’re feeling particularly handy and willing to take on a small project, building your own backyard chicken coop is another option that could save you money:http://www.backyardchickens.com.

If you’re noticing a trend here with food recommendations, it’s because proper nutrition is an absolutely essential component of long-term survival, especially in an “off-the-grid” situation where local grocers may or may not have a ready supply of food. And one of the best ways to maximize your nutritional input is to culture, or ferment, nutrient-dense foods using traditional methods, many of which date back centuries or even millennia.

More of an art than a science, the fermentation process not only allows for the extended preservation of food — fermented and cultured foods do not require refrigeration if properly prepared and stored — but it also unlocks key nutrients that simply cannot be attained from commercially prepared foods, including beneficial bacteria that maintain a healthy gut and promote optimal digestion.

“Getting started with fermented food and beverages is an important step to incorporating Traditional Diet in one’s home,” writes Sarah Pope of TheHealthyHomeEconomist.com, which contains more than 20 instructional videos and other resources on how to make things like yogurt, kefir (fermented dairy), kombucha (fermented tea), kvass (fermented beverage made from bread), kimchi (fermented vegetables), miso (fermented, high-protein seasoning) and much more:http://www.thehealthyhomeeconomist.com.

The Complete Idiot’s Guide to Fermenting Foods by Wardeh Harmon, which is recommended by the Weston A. Price Foundation, is another excellent resource to get you started on your journey to culturing and preserving your own nutrient-rich foods at home:http://www.westonaprice.org.

The availability of cheap clothing made by grossly underpaid workers at third-world sweatshops has become the norm in much of the developed world, obscuring the rich and artful histories of fabric production that have long sustained civilizations. Knowing how to knit a coat or blanket might not seem like much of a marketable skill in today’s globalized economy, but should the lights suddenly go out and the heat stop running, possessing such a skill could save your life.

Once you understand the basics of how to knit and create fabric, this powerful skill can be expanded to include the crafting of materials like rope, matting and even walls and roofing for shelter. Each of these items is essential to long-term survival, and knowing how to make them yourself is an invaluable skill that should not be underestimated.

The Homesteading Handbook: A Back to Basics Guide to Growing Your Own Food, Canning, Keeping Chickens, Generating Your Own Energy, Crafting, Herbal Medicine, and More by Abigail R. Gehring is just one resource out of many to this end. It also contains a wealth of other useful information for homesteaders, both urban and rural:http://www.amazon.com.

You can also access the free resource The Complete Book of Self-Sufficiency by John Seymour, in PDF form at the following link:http://thehomesteadsurvival.com.

Sources for this article include: